Let’s talk about the Met Gala a moment, dissect it and find out exactly how profitable it is, the good that it does for the economy, its cost and its income.

So there, I guess we already have an answer on how it affects the economy, and it’s clearly not very much. The Met Gala is an event that dedicates all its fundraising to itself, the fashion industry. Since it’s the only industry that must raise money itself, it would be crumbling if it did not throw such an event yearly to keep it going, which therefore concludes that the event provides nothing to the wider economy, as it does not act as a charity nor have any effect on the markets.

Most of us don’t blow such amounts over an entire year, but these people, no, these people blow it in one night, and it’s not even all inclusive.

You must have a designed outfit that fits the theme of the night and considering its a fashion event, we’re not talking about going to your local dressmaker and paying a couple of pounds to get something stitched to your bargain costume you found in the Banana Republic, and only went in there to begin with because you needed something fancy, stylish, and fairly expensive. We’re talking about top designers like Richard Quinn, Versace, Louis Vuitton, Valentino, Gucci, Alexander Wang, Chanel, Dior, Prada, etc….

So now you have your dress, great, a ticket?

A ticket to the Met Gala reportedly costs an insane 30,000 dollars! That’s just to get in. It’s been said that tickets can just start at that price, ranging between 30 to 50 thousand dollars. Let’s say you were invited, (regardless of whether one can afford the ticket, you must be invited to the Met Gala in order to get in) what about a table?

Some start-up designers and celebrities can be invited to join a table at the event and enter for free, however, the startups will most likely forever be in debt to their hosts, and must wear an outfit designed by those inviting them.

Other celebrities are paying an average of 275,000 dollars for a seat at the grand event.

Now although we did mention that the event has no impact on the countries economy, we cannot hide from the impact the designer’s stocks felt, what’s most interesting to see is the movement of one of the biggest designers stocks, Capri Holdings Ltd.

Capri Holdings is a multi-fashional holding company, combined together with some of the biggest designers such as Michael Kors, Versace and Jimmy Choo. Now if we take a look at the movement of the stock, it’s not a very stable one and has been dropping since mid-April. However, what’s strange here seems to be that despite the Met Gala event, where most celebrities purchased dresses from companies that together make up Capri Holdings, the stock didn’t show any improvement at all. On the contrary, the stock dropped even lower the day after the ball (07/05) to $41.96.

Any idea what could be the reason for this?

It’s pretty safe to say, that the fashion industry’s economic value can probably solve many critical global issues that have budget restrictions. 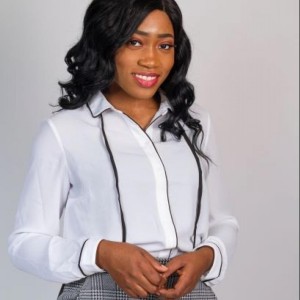