We could smell it from a mile away, and finally, our thoughts were confirmed on June 18th when Facebook revealed its cryptocurrency plans.

So what is Libra? And why is it that Facebook believes that the coin has the potential to one day become more valuable than the US dollar itself?
Mark Zuckerburg’s firm released a white paper outlining of the coin, its plans, the things it will be able to do, and how it will benefit us all, and we’re about to dig deep, so get your magnifying glass out, we’re zooming in.
Releasing Libra is a huge move for the company, especially since they’ve faced two years of intense inspection for their poor privacy method.

LIBRA:
Facebook’s new crypto coin will be built over their own blockchain technology and the value of the coin will be backed by a financial reserve. With 28 founding partners, including Visa, Mastercard, PayPal, and Coinbase, the coin will be able to send funds instantly through Facebook, Whatsapp, and Messenger, as well as allow online purchases with retail websites offering fees lower than banks and credit card services.
With an eWallet available on WhatsApp and Messenger, Libra is looking to provide financial services to those who do not have access to traditional banking.
The coins value will be pegged to a market-value basket of several trusted currencies, with individual Libra’s worth about 1 dollar. Libra will be fully reserved, meaning every time someone trades currency for Libra, the money will go into a reserve until he later withdraws the money back. What this means is that the currency will not fluctuate in price, it will not have huge rises and sudden drops, it will be a stable coin with hopes to be used as a common currency all around the world.
Now I know what most of you are thinking? Facebook has gotten themselves into so much trouble lately with their poor privacy terms, how is it that they’re about to hold thousands of peoples financial details all of a sudden? They couldn’t keep mobile numbers, emails, names, etc to themselves, what’s to say they’ll keep credit card numbers, account balances, and other information private? Now although they’ve said that all financial information will be held by their subsidiary Calibra, their very own wallet application, Facebook is still too much involved for people to feel safe quite yet.

You aren’t the only one to bring this up, US lawmakers were the first to raise this issue. Congresswoman and chair of the House Financial Services Committee, Maxine Waters, called on the company to put an immediate stop on the project until Congress can review it, in addition to calling them forward to testify before a committee.
“Facebook has data on billions of people and has repeatedly shown a disregard for the protection and careful use of this data,” Waters said in a statement. “With the announcement that it plans to create a cryptocurrency, Facebook is continuing its unchecked expansion and extending its reach into the lives of its users.”
Facebook is currently facing a potential $5bn (£4bn) fine from the US Federal Trade Commission (FTC).
David Marcus, one of Libras top designers, announced that in order to deflect the wariness of Facebook’s every move, Facebook has open sourced the technology and will cede control of the blockchain to a neutral Libra Association. The association will consist, at first, of 100 founding members, including Facebook. Each member will be empowered to operate a node on the blockchain and have a voice in determining changes to its code, Facebook will too have once seat on the council, but this seat will oversee the foundation but will have no more rights or governance than the others.

Facebook explained the meaning behind the naming of the coin, giving it 3 meanings in just one word. Its use as an ancient Roman unit of measure, the astrological symbol depicting the scales of justice, and its phonetic resemblance to the French “libre,” meaning free. “A combination of money, justice and freedom.”

With plans to launch early 2020, we look forward to what the new coin will bring along with the new year. Will it be as magnificent as Facebook expect? 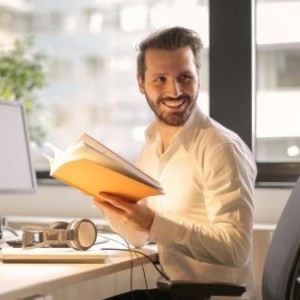