The World Of Cars

The vehicle industry consists of a wide range of companies all involved in the building of the car, from design to development, manufacturing, and selling. The automotive industry is one of the worlds largest economic sectors.

If we go back in time and take a look at the development of the car, we’re really able to see just how far the world has advanced and can appreciate the luxurious lives we all live.
The first car was created in 1885, with three bike wheels, handles to steer, a seating area, and a powered by a gas engine. 23 years later, America had created The Ford Model T, with car tires, a steering wheel, and a roof, making 1908 the historic year that the automobile became popular.
Between the years 1886 and 1893, the first automobile cost $1,000, and as the 1900s crawled in and the first mass assembly line car took place, the price dropped to $650.
The Model T was sold at $850 in 1908, dropping as low as $300 in 1925.
By the early 1930s, cars had reached their peak of development with steam-powered vehicles and continued to produce them up until the 1980s.

Nowadays it’s well known that Germany produces the best quality cars. With 7 top car companies including Audi, BMW, Mercedes, and Porsche, Germany stands at number 1 for the country that produces the best cars.
Germany’s well known DAX stock, a combined index with the countries best-producing companies that allows you to measure the countries economy, consists of 4 automotive companies, BMW, Continental, Daimler (Benz and Cie + Daimler Motoren Gesellschaft) and Volkswagen. With Daimler standing on the top of the manufacturing companies, weighing at 5.62% of the index, following behind the Volkswagen at 2.88%, BMW at 2.75%, and finally Continental at 2.38%, making 4 out of 30 companies of the DAX contributing to more than 10% of Germany’s economy.

Today, 88% of the United States have a car, and that’s second to Italy, holding at 89% of its country owning cars, concluding, that developed countries hold a high rate of car ownership. Most wealthy families in today’s day and age are purchasing cars for their children at the age of 16/17/18.
Car shows, races, and private events and gatherings are extremely common, where people bring their most expensive and most impressive car to show off, or to bet on, to either win a prize or simply respect.
Top Gear, Britain’s famous television series, hosted by the famous Jeremy Clarkson and his 2 friends James May and Richard Hammond, used to test-drive all different types of vehicles, from the greatest, fastest, most expensive and rarest car, to the oldest car with no license to even drive the streets anymore, teaching its audience all about the car while keeping the show entertainable and humorous at the same time. With the first episode launching in 2002 bringing 4.4 million viewers, ending in 2015 with 5.8 million viewers for its final episode.

Now it’s no secret that the pollution cars release is one of the major causes of global warming. The damage burning petrol does to the earth is unfathomable, and could be the reason we continue to drive around without a chip on our shoulder or the guilt of how we’re tearing apart our beautiful little world. Because we simply don’t understand.
Fortunately, there have been those who thought about the damage cars cause and came up with multiple new ideas on how to travel easily without killing the earth.
Eco-friendly cars are not only helping to save the planet but also save your bank accounts from feeling high losses. Electric cars, natural gas infused cars, low carbon-emitting cars, etc, are all cheaper alternatives to petrol drinking vehicles and do the exact same job.

In addition, we’ve already seen how air pollution affects the markets in the blog Climate Change Around The World (link), where financial studies prove that in a positive healthier environment, the markets react better too.

Be thoughtful, help the planet, buy an eco-friendly car and do your bit in saving the world one step at a time. 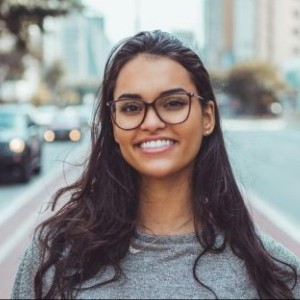